Warning: ini_set(): A session is active. You cannot change the session module's ini settings at this time in /usr/www/users/hsesovaazz/wp-content/plugins/product-enquiry-pro/init-quote-cart-session.php on line 13 Warning: session_set_cookie_params(): Cannot change session cookie parameters when session is active in /usr/www/users/hsesovaazz/wp-content/plugins/product-enquiry-pro/init-quote-cart-session.php on line 16

You are here:
August 19, 2019Leave a commentNews and EventsBy Quiet Apple 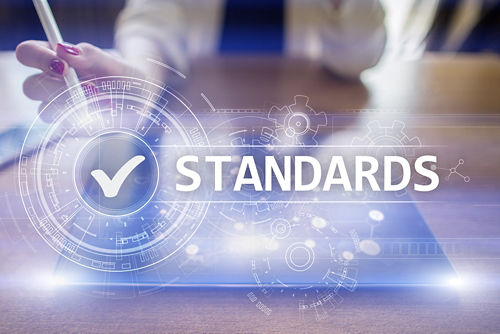 The scope of the fourth final rule, an initiative which began in 2016, was to eliminate confusing, duplicative, outdated and unnecessary rules in recordkeeping, general industry, maritime and construction standards. The goal? Save employers $6.1 million per year.

OSHA decided to keep the lockout/tagout standard unaltered, keeping the word “unexpected” in the phrase “unexpected energization or startup of machines and equipment”. Initially, OSHA proposed removing the word, as it believed the standard’s meaning was misunderstood by courts. Yet general feedback was against the change, so OSHA said it will consider revisiting this issue “in light of the overall standard”.

When it comes to regulatory housecleaning, OSHA is no longer classifying feral cats in shipyards as vermin.

Other modifications in this area include:

The standard covering coke emissions was classified as “invalid” and removed. The agency is also replacing the process safety management of highly hazardous chemicals with a cross-reference to the general industry standard.

When it comes to safety at heights, the new minimum breaking-strength of lanyards, safety belts and lifelines is 5000 pounds, to comply with industry consensus standards.

The final rule excludes three previous revisions such as requiring PPE used in construction to fit each affected worker. OSHA decided this change would not meet the purposes of the Standards Improvement Project and said it may pursue separate rulemakings.

OSHA has also modified the standard for handling, storage, use and disposal of materials, requiring employers to post load limits for storage in buildings under construction. These are in place for all commercial construction sites, except single-family homes and townhouse construction sites.

Recognizing mobile technology limitations in requesting emergency services is another area that underwent changes. Because not all mobile carriers provide location data in all areas, the agency decided to keep the requirement to post phone numbers of ambulances, hospitals and physicians at worksites where 911 service is not available.

OSHA has also revisited the criteria for recording occupational hearing loss cases to solve issues of underreporting. Physicians and healthcare professionals need to refer to the standard for determining work-relatedness and add the cross-reference. OSHA says there must be a documented event or noise exposure on the job to conclude that hearing loss is work-related.

This is the fourth final rule under OSHA’s Standards Improvement Project, which began in 1995 in response to a Presidential memorandum to improve government regulations. Other revisions were issued in 1998, 2005, and 2011.

The ABC 2019 Safety Performance study is based on submissions of unique company data gathered from members that deployed its STEP program in 2018. Established in 1950, the Associated Builders and Contractors is a national construction industry trade association representing more than 21,000 members.

OSHA
About the author

This website uses cookies to improve your experience while you navigate through the website. Out of these, the cookies that are categorized as necessary are stored on your browser as they are essential for the working of basic functionalities of the website. We also use third-party cookies that help us analyze and understand how you use this website. These cookies will be stored in your browser only with your consent. You also have the option to opt-out of these cookies. But opting out of some of these cookies may affect your browsing experience.
Necessary Always Enabled
Necessary cookies are absolutely essential for the website to function properly. These cookies ensure basic functionalities and security features of the website, anonymously.
Functional
Functional cookies help to perform certain functionalities like sharing the content of the website on social media platforms, collect feedbacks, and other third-party features.
Performance
Performance cookies are used to understand and analyze the key performance indexes of the website which helps in delivering a better user experience for the visitors.
Analytics
Analytical cookies are used to understand how visitors interact with the website. These cookies help provide information on metrics the number of visitors, bounce rate, traffic source, etc.
Advertisement
Advertisement cookies are used to provide visitors with relevant ads and marketing campaigns. These cookies track visitors across websites and collect information to provide customized ads.
Others
Other uncategorized cookies are those that are being analyzed and have not been classified into a category as yet.
SAVE & ACCEPT