Suiting Up For The Invisible Enemy – Toxic Air

You are here:
August 13, 2019Leave a commentNews and EventsBy Quiet Apple 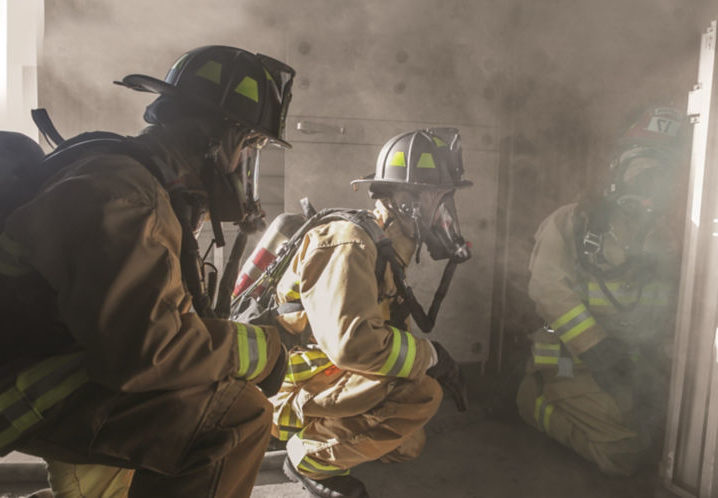 On July 9th 2018, the US president signed legislation to track firefighters’ on-the-job exposure to cancer. Despite the lack of conclusive evidence to demonstrate a causal relationship between this profession and cancer, the initiative raised a red flag.

It’s clear that cancer-causing carcinogen contamination of firefighters remains a serious health and safety issue. What can be done to address it?

There’s Something In The Air

Until the mid-1990s heart disease was the leading cause of firefighter deaths.

As building materials evolved to more complex glass, plastic and metal-material based structures, correlation between firefighting and higher cancer rates started to emerge. “Risk of Cancer Among Firefighters in California”, 1988–2007, was one of the first studies to examine firefighters’ exposure to types of leukemia, esophageal cancer and lung cancer.

More research brought to light a new and interesting hypothesis – that toxic chemicals released during the burning process were sometimes far more dangerous than the fires themselves.

Toxic air has been found to contain these carcinogens:

The Consequences Of Gear Contamination

Only a couple of decades ago, firefighters were known as “smoke-eaters,” and they wore their charred, soot-covered gear as a badge of honor. Dirty gear was perceived as a sign of experience. To their defense, cleaning gear had practical obstacles – there was little or no access to commercial-grade laundry equipment, a place for drying or a second set of turnout gear for the next shift.

But contaminated gear is now known to prolong exposure to unhealthy chemicals. Studies show that smoke poses both inhalation hazards as well as skin absorption hazards. A 2017 study by the University of Ottawa found that firefighters are exposed to certain harmful chemicals mainly via contact with their skin, rather than just by inhalation.

“Secondary contamination” begins after the firefighter leaves the hazard area, as harmful substances deposited on unprotected skin find their way in the bloodstream and into lungs. Continued exposure can also occur as the firefighter remains in contact with contaminated PPE, tools, apparatus seat and other items that were directly or indirectly exposure to fireground particles.

Even when firefighters wear a full set of protective gear, some areas remain vulnerable. The neck has been one of the primary areas for dermal exposure and a regular knitted hood only provides limited protection, a NIOSH study confirms.

And prevention efforts need to be addressed both personally and organizationally.

Some of the already-proven strategies and practices to reduce contamination include these simple measures.

The Role Of PPE

Fortunately, many of the current moisture barrier materials in the firefighter protective ensemble already block particulates. When combined with new, innovative materials and ensemble designs, the skin is better protected from toxic soot that enters the gaps in the ensemble and settles on the skin (at the jaw level, neck, wrists, waist, front torso, and lower legs).

The use of breathable materials and designs reduce the risk of heat stress by allowing body heat to be more easily released and thus, reduces the risk of heart attack. These have appropriate levels of physical strength and hazard resistance to preserve durability with expected repeated laundering that increasing with use.

Honeywell has recently created an integrated particulate-shield design to address the most vulnerable areas of the body (helmet to hood to air mask, coat to pant, glove to coat sleeve, and boot to pant cuff). Interested in learning more about this amazing product? Click here to reach out to a representative for more information.